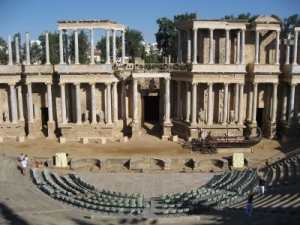 The Roman Theatre at Merida, West Spain,
One of the many ancient relics to be seen
©istockphoto.com/moonet

Here we lead you through the most important of those influences.