﻿ The Food of the Spanish Basque Country 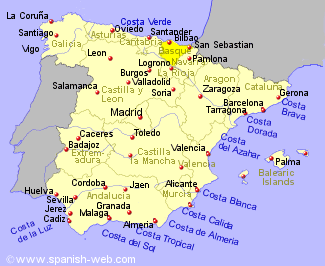 The Food of the Spanish Basque Country

BASQUE COUNTRY is made up of three provinces, Biscay, dominated by Bilbao, Guipuzco a land of fisherman and farmers and the mountainous Alava.

The sea being on one side and the fertile Ebro valley on the other. Basque cuisine is considered the best in Spain, specialities include Bacalao al Pil Pil, a salt cod stew and Cipirones en su Tinta, small squid cooked in their own ink.
Other fish dishes such as Marmitako made with Bonito Tuna and Merluza en Salsa Verde, hake in a green parsley and pea sauce, are also well known.

Many vegetables are grown which include peas, green beans, artichokes, and broad beans. Leeks and potatoes are used with salted cod to make a soup called Purrusalda.

Local cheeses include Idiazabel which is a smokey cheese and a mild blue one by the name of Pasiego.

Chocolate is a passion in this part of Spain and other desserts such as custard horns, Canutillos, and walnut cream, Intzaursalsa.