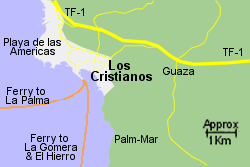 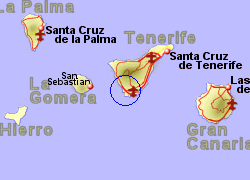 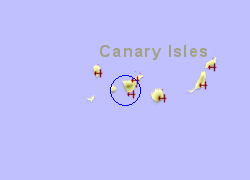 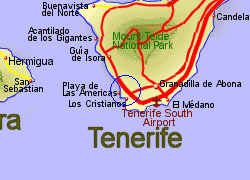 The small port of Los Cristianos is located just west of the southern most tip of Tenerife, at what used to be a small fishing village of that name.

The port is well connected by the TF-1 road to the east coast and the capital city of Sant Cruz, the latter taking just under an hour by car for the 75Km journey.

Those travelling Fred.Olsen Express may be eligible for a free bus connection with Santa Cruz de Tenerife, connecting with ferries at that port.
Other bus services run approximately every 30 minutes (less frequently week-ends) with a journey time of just over an hour.